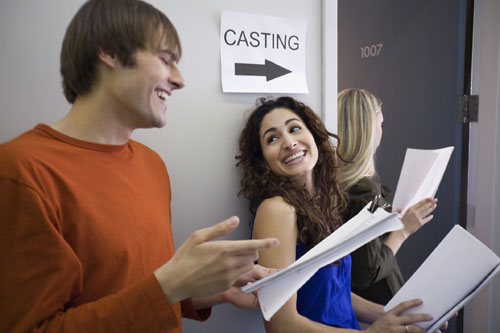 You see actors every time you turn on the TV or go to a movie. However, their influence also extends to the theater and even settings like stand-up comedy that you might not immediately equate with acting.

Actors interpret the role they are playing, whether it takes the form of film, TV, the stage, or even providing voice-over talent for commercials and other roles. Many actors are flexible in what they can do, including singing, or dancing in addition to their acting.

Many actors work with a studio or theater company and might work well over 40 hours a week, including necessary rehearsals. Some actors might find self-employment opportunities starting production companies or providing voice talent on a freelance basis.

Further details on a career as an actor are listed below (statistics from the May 2015 Bureau of Labor Statistics and Onet Online):

per hour are the average earnings for actors.

have a less than a High school diploma while 28% have some college, but no degree.

The demand for actors is expected to grow as more movies, and TV shows are produced every year. This average growth rate is faster than that of other industries, with growth averaging 10 percent. Part of this rapid growth and demand is due to an increasing number of venues for new TV shows besides traditional networks, like streaming services.

Actors will attend regular rehearsals, as well as perform whatever roles they have taken. Stage actors often have to do more than one performance per day, making endurance very important. Part of being an actor includes working and developing good relationships with production crew members, often over a long term.

The average yearly salary for actors is about $39,000 according to BLS.gov May 2015 reports. At the lower end of the pay scale, actors earn around $24,000 and although it’s a long-shot salaries can range into the millions for actors in well-known blockbusters with an extensive acting history. Actors who seek bachelor’s degrees in performing arts have some of the best chances of getting high-paying roles, but this is one career choice where who you know is going to pay off most of all.

An actor can easily find work with a high school diploma. However, some of the actors with the top reputations in the industry have studied theatrical arts or similar disciplines.