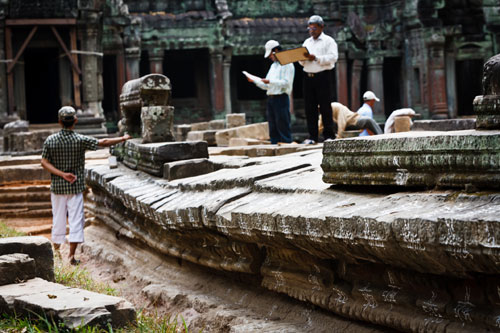 Broadly speaking, anthropologists study humanity. From the earliest ancestors of humanity to the ways that we organize, govern, and even feed ourselves, anthropologists help to explain what it is to be human. In fact, many anthropologists also double as archaeologists, helping to explain the world of the past without the benefit of written records.

Due to the theoretical elements at play in a great deal of anthropology, that means many anthropologists are college professors. However, do not think that anthropology is only for the ivory tower – plenty of other anthropologists work to help explain even modern cultures to people.

Most anthropologists will work in an office, with many coupling those office hours with extensive time teaching students. Presentations and seminars are also common for anthropologists. That said, many anthropologists find time to do field research, which could take them to remote villages or on archaeological digs.

Further details on a career as an anthropologist are listed below (statistics from the May 2015 Bureau of Labor Statistics and Onet Online):

is the average yearly salary for anthropologists.

have a Master’s degree while 39% have a Doctoral degree.

In addition to very often lecturing in a college setting, anthropologists also work for non-profit organizations and governmental entities. This work could have them spending time in libraries, traveling to foreign countries, or very often a combination of both.

Anthropologists are well paid for their education, but not the point of riches. The average anthropologist makes $61,220 per year according to BLS.gov 2015 reports. Meanwhile, the highest paid in the profession clear just under $100,000 a year.

While anthropology will always be necessary to help explain humanity, that does not mean that it is a booming field. The sector is only expected to grow by about 4% over the next ten years, compared to 6% for jobs across the economy. As such, if you want to be an anthropologist, it is important to make sure that your credentials are stellar.