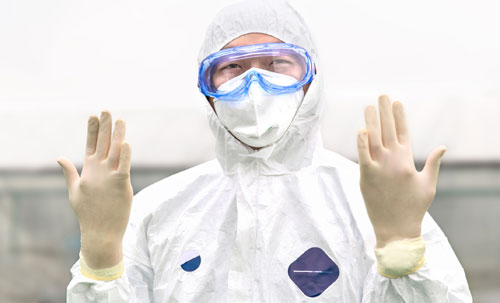 Epidemiologists investigate and study diseases and health issues. They may analyze data and study trends in certain populations as well. Epidemiologists will often work in the public or private sector and typically specialize in one area of epidemiology.

Epidemiologists can work in a variety of locations. Those conducting research may work in a laboratory setting, but others may work in an office at a hospital, university, or division of public health. Some epidemiologist may even travel, studying diseases in other parts of the world.

Further details on a career as an epidemiologist are listed below (statistics from the May 2015 Bureau of Labor Statistics and Onet Online):

is the average yearly pay for epidemiologists.

have a Master’s degree while 23% have a Doctoral degree.

Epidemiologists may work out of an office every day, reading and analyzing statistical data. However, some may be actively working in a lab, conducting experiments. Some epidemiologists are actively involved in the community and find that they are traveling throughout the community regularly to educate or collect data.

According to BLS.gov statistics, as of May 2015, the annual median salary of an epidemiologist was $69,450. The lowest 10% earned less than $46,130, and the highest 10% earned over %114,550. The highest median annual wages are for those in the research and development of physical, engineering, and life sciences, while the lowest annual median wages are for those working in local public government.

Becoming an epidemiologist requires a master’s degree in epidemiology or public health from an accredited university. Many epidemiologists have also taken some doctoral classes or even have a doctorate or medical degree.